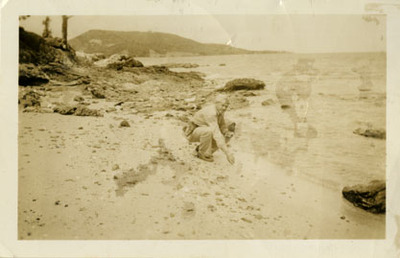 A photograph of Colonel Art Timboe on the beach at Guadalcanal.