Airplane Taking Off from Henderson Field 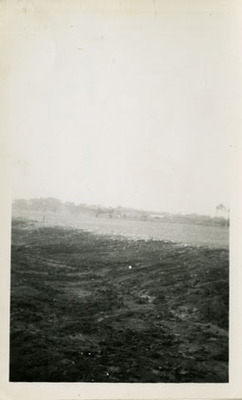 "Navy fighter taking off. Henderson Field." (from back of photograph)