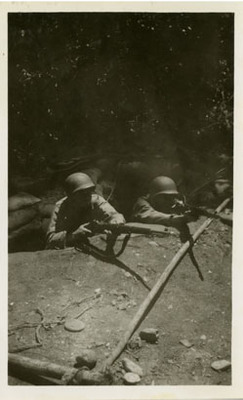 Two unidentified soldiers aim their rifles from their foxhole on Guadalcanal.