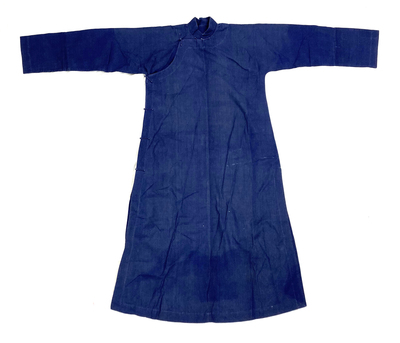 Men's blue cotton gown with ball and loop fasteners along left side up to neck and inner breast pocket.

Identified as #8 on paper insert:

some discoloration and wear