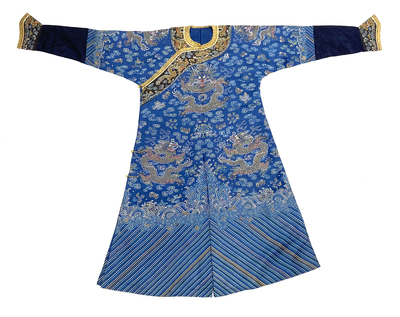 Sheer blue gown with gold trim around collar and cuffs, decorated with 5-dragon and cloud designs, metal ball and loop fasteners along left side up to neck.

Identified as item #5 on paper insert: