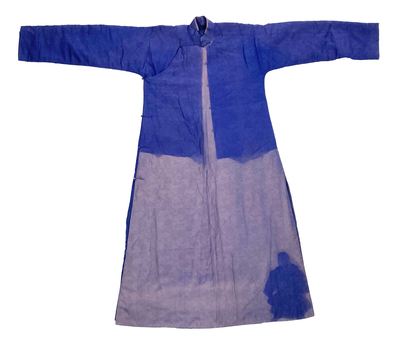 Long-sleeve padded blue silk gown with ball and loop fasteners along side and up to neck. Bleached area starts middle of front and extends down, outlining shape of a person on the lower right.

Identified as item #3 on paper insert: