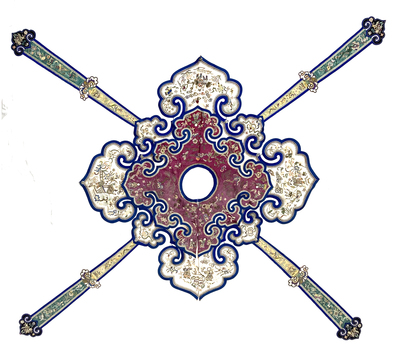 32" (from shoulder hanging down)

68.5" (from one of the four long hanging pieces to other on opposite side)