Walking Figure and Beast Under Ledge 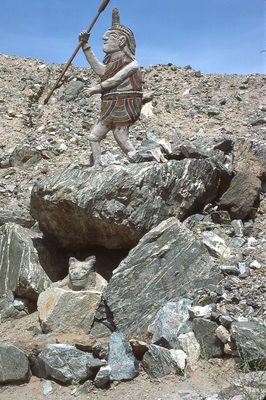