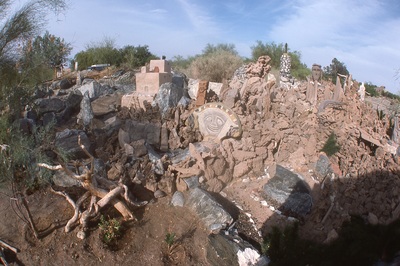 Images and film are provided for educational purposes only. May not be reproduced in any form without written consent. ©University of North Dakota. All rights reserved.Miniature Building, Rocks, and Face Sculptures June 1976.tif