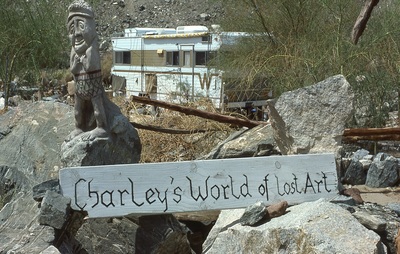 As seen from these objects, Driftwood Charley's sculptures were made from rock, stone, and anything else that he could find in the desert environment.