A Dog Bark Smother Around Look Out 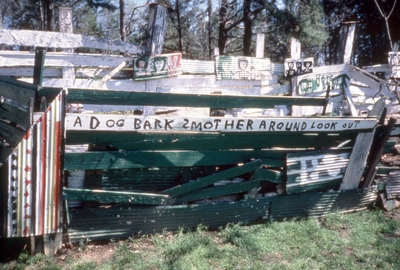 Photograph of painted words, "A Dog Barks Smother Around Look Out".