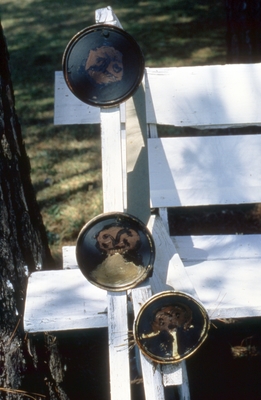 Photograph of three smaller paintings on a chair.