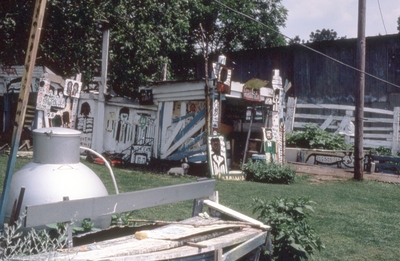 Photograph of a painted shed.