View of Yard from Sidewalk 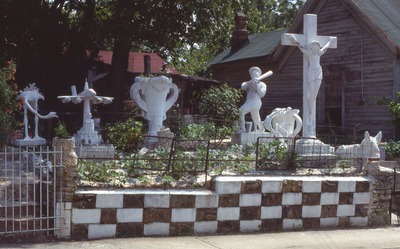 Photograph of the sculptures from a sidewalk view.