Side View of Goose in Flight 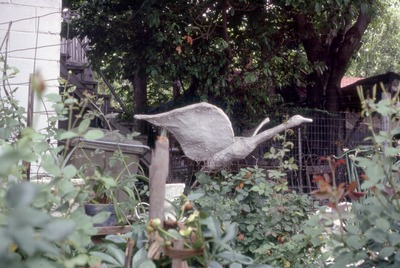 Photograph of a side view of the flying goose sculpture.