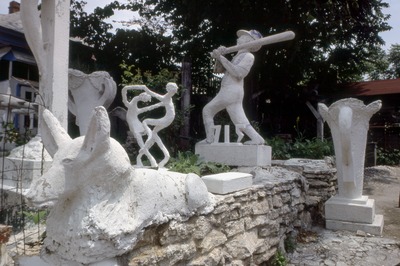 Photograph of the dog, dancers, urn, and baseball player sculptures.