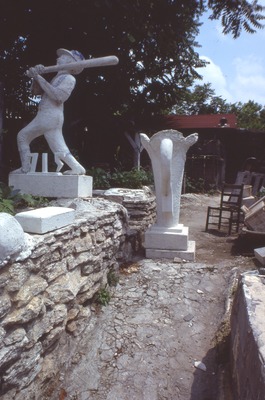 Photograph of a baseball player sculpture next to a large vase sculpture.