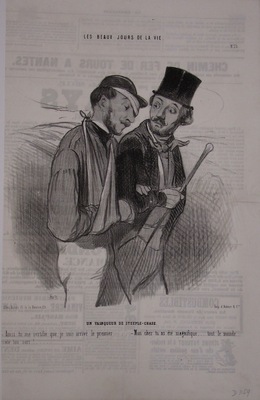 Horse races in the 19th century involved mounted riders speeding across courses of varied terrain with jumps and ditches. These races had high injury rates, often requiring medical attention. The rider in this print, who has his arm in a sling, is told how much he is admired for his injured arm because he won the race.