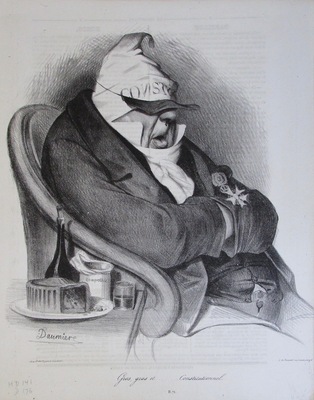 King Louis Philippe wears a nightcap with the name of the conservative newspaper, "Le Constitutionnel," on it. This newspaper, which favored the King, espoused opposing views to those expressed by Daumier and the journal Le Charivari.

As elsewhere, the overweight and unhealthy-looking King is identified by a pear-shaped head, which is echoed by his pear-shaped torso.