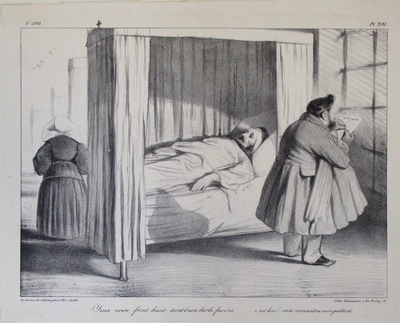 This print was perhaps inspired by uprisings that had recently occurred in Lyon and Paris. If so, perhaps the man in bed would represent a badly injured insurgent. Daumier also alludes to King Louis Philippe by portraying him as an insensitive doctor who literally turns his back on the suffering patient. The nurse in the room turns her back too.