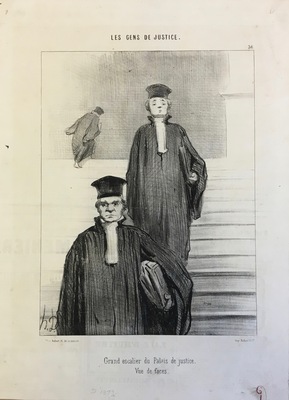 The print perhaps epitomizes Daumier’s antipathy toward the legal profession as two aloof lawyers are seen descending the grand staircase of the Palace of Justice. The older lawyer (in front) represents the established order, while the younger lawyer exemplifies the new generation that follows. While the elder appears snug and callous, the younger lawyer seems even more so.