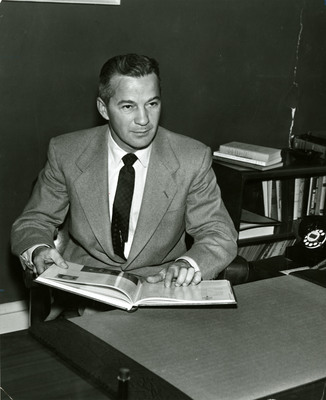 Donald J. "Jack" Robertson (1912-1993) was the first Dean of the University College and served in that position from 1955 until his retirement in 1978. During a long career at UND, Robertson also acted as an assistant to the President and Associate Professor of English. He earned both Bachelor's and Master's degrees from UND.