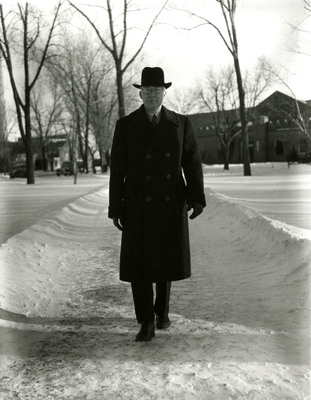 In this undated photograph, UND President John West walks across campus during the winter. John C. West served as the sixth President of the University of North Dakota from 1933 until 1954. Prior to accepting the presidency, West served as Superintendent of Schools in Grand Forks. He earned a Ph.D. in Education from UND in 1930.