Professor Elwyn Chandler at His Desk, 1900 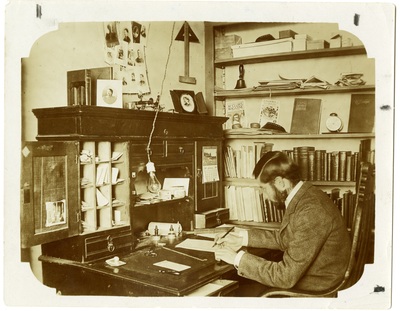 Photograph of Professor Elwyn Chandler at his desk in January 1900. (Date information from A Century on the Northern Plains, page 163.) Elwyn F. Chandler was appointed Instructor of Mathematics in 1899 and Professor of Mathematics in 1905. He became the first professor of civil engineering in 1914 and served as Dean of the College of Engineering from 1926 until 1932.