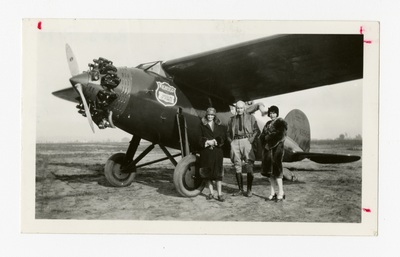 Known as the "Father of Aviation in Alaska," Eielson piloted the first airmail route there in 1924 and was the first person to fly over the North Pole in 1928. He died in 1929 while attempting to rescue passengers and cargo from an ice-bound ship in the Bering Strait.