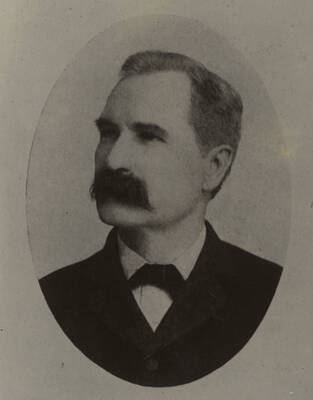 John Macnie was hired as Professor of English, French and German in 1886 and retired in 1906 as Professor of French and Spanish languages and literature, and as Professor Emeritus from 1907-1909. Macnie served as secretary of the faculty from 1891 -1906. He received his Bachelors from Glasgow University and his Masters from Yale. Macnie Hall was named after him.