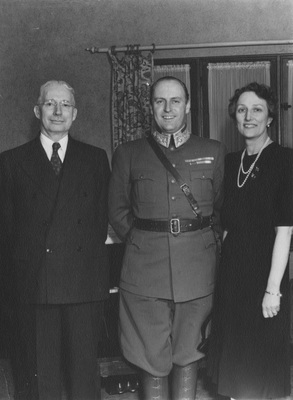 Olav succeeded his father as King of Norway in 1957 and reigned until his death in 1991. His wife, Princess Martha of Sweden, died of cancer in 1954. John C. West served as the sixth President of the University of North Dakota from 1933 until 1954. Prior to accepting the presidency, West served as Superintendent of Schools in Grand Forks. He earned a Ph.D. in Education from UND in 1930.