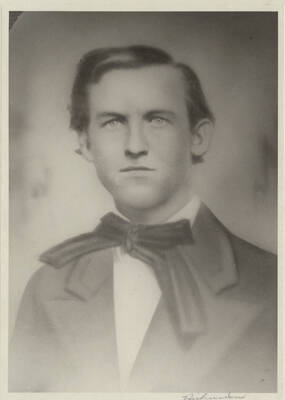 William Maxwell Blackburn as a young man. William Maxwell Blackburn, prior to coming to the University of North Dakota, served thirty years in pastoral and ecclesiastical academic positions. He was appointed as President and Professor of Mental, Moral and Political Science (1884-1885). As the first President, he dealt with numerous challenges in organizing and administering the new university, especially in regards to the curriculum. After one year as President, Blackburn was dismissed and went to Pierre University in South Dakota where he was appointed President. He wrote two books: "History of the Christian Church from its origin to the present time" (1879) and "History of Dakota" (1897).