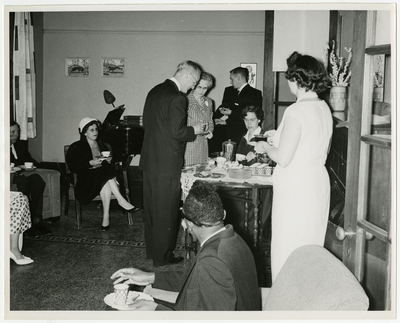 The members the Wesley Foundation gather for a meeting. Known people depicted are Mrs. Julian [head resident], President Phillips Moulton, and Mrs. Moulton. Moulton was the acting president of Wesley College from the 1960-61 school year up until the 1962-63 school year. He would later become the academic dean for Wesley College and continue teaching courses in religion.