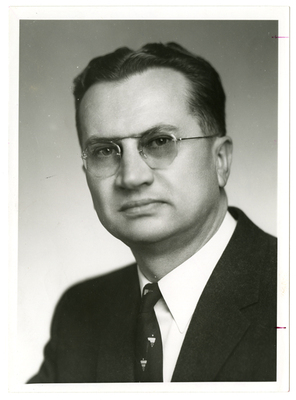 George W. Starcher was officially inducted as the ninth president of the University of North Dakota on April 20, 1955 in the University Fieldhouse although he had been acting president since 1954. President Starcher has been regarded as a one of the most remarkable presidents in UND's history. Starcher received that Alexander Meiklejohn Award for Academic Freedom in 1969 out of 2,000 candidates. He served as president from 1954 until 1971 and continued the strong relationship between UND and Wesley College which was officially bought by UND in 1965 being renamed to Wesley Center of Religion.