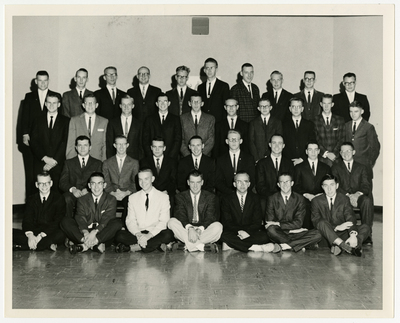 The dormitory residents of Sayre Hall pose for their class photograph during the 1961-1962 school year.