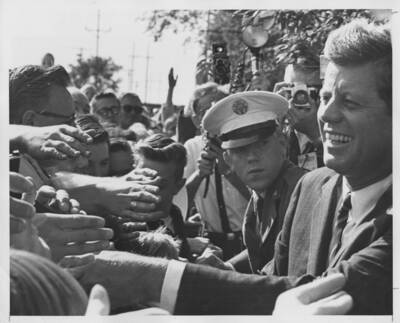 President John F. Kennedy shakes hands with spectators after his address at the UND Fieldhouse on September 25, 1963. Several photographers take pictures in the background. President Kennedy spoke to nearly 20,000 people regarding conservation in America as well as in North Dakota.