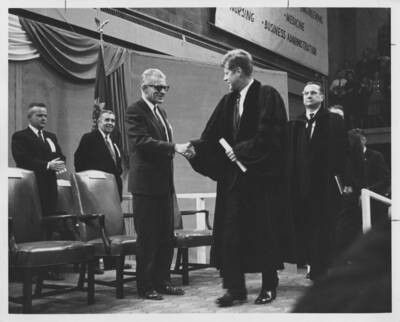 President John F. Kennedy shakes hands with an unknown dignitary. Kennedy is followed by UND President George Starcher. Members of the State Board of Higher Education applaud on the left. President Kennedy spoke to nearly 20,000 people in the UND Fieldhouse on September 25, 1963 regarding conservation in America as well as in North Dakota.