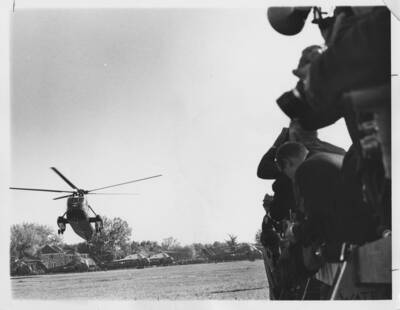 The Army One helicopter carrying President John F. Kennedy departs from the UND campus. Six other helicopters wait to take off. Photographers take several pictures of the scene. President Kennedy spoke to nearly 20,000 people in the UND Fieldhouse on September 25, 1963 regarding conservation in America as well as in North Dakota.