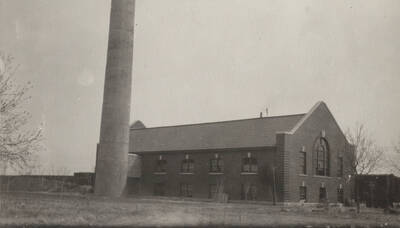 The power plant on the south end of campus in 1910. The Great Northern Railway and Train are visible looking to the south. The Southend Power House was built in 1909 to replace the first power house on the west side of campus. The original smokestack began to tip after twenty years and was replaced with this new one that stood 150 feet.