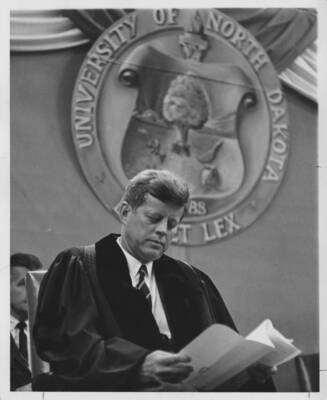 President John F. Kennedy reviews the program before his address in the UND Fieldhouse on September 25, 1963. The UND seal hangs in the background. President Kennedy spoke to nearly 20,000 people regarding conservation in America and in North Dakota.