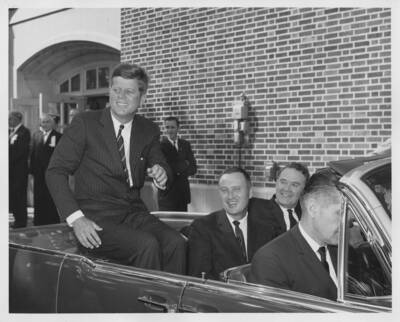 President John F. Kennedy, Governor William Guy, and Senator Quentin Burdick arrive at the UND Fieldhouse in a convertible. Members of the State Board of Higher Education await the President near the entranceway. President Kennedy spoke to nearly 20,000 people on September 25, 1963, regarding conservation in America and in North Dakota.