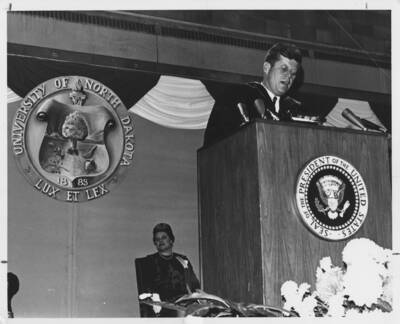 President John F. Kennedy makes his address at the UND Fieldhouse on September 25, 1963. The President stands behind a large podium with the Presidential seal placed on it. Elvira Jestrab of the State Board of Higher Education looks on. President Kennedy spoke to nearly 20,000 people about conservation in America and in North Dakota.