Demonstration for Richard Nixon: May 1968 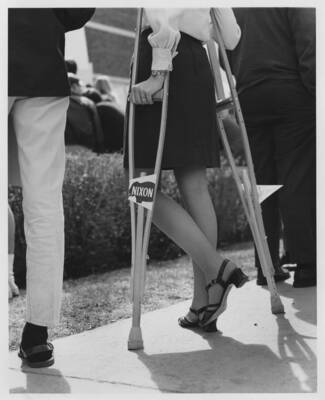 A female student leans on her crutches which include banners for then Presidential hopeful Richard Nixon in May 1968.