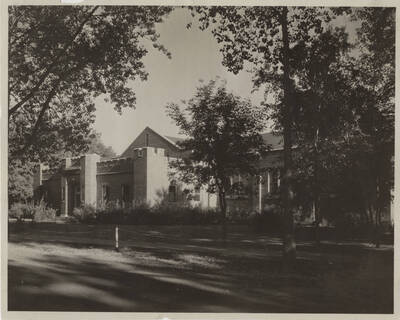 A photograph of the Armory Building. The Military Department of the United States allocated funds for UND to build the Armory building. UND broke ground in September 1918. In 1919, the men's gymnasium and the work of the ROTC moved to the Armory. In 1920, UND used the Armory to host graduations. This continued until the Chester Fritz Auditorium and the Alerus Center took over the graduation duties. In 2008, the Armory still houses the ROTC program. (Information from: UND Land Marks, Chandler's History of Buildings, pg 5, and O' Dwyer's Military Science Departmental Histories, pg 2).