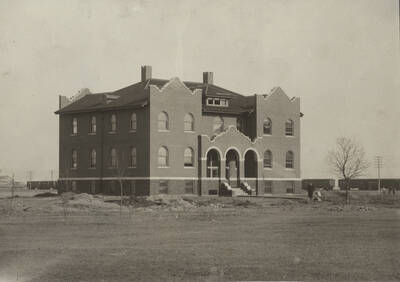 Babcock Hall built to house the departments of mining engineering and chemistry in 1907 and was dedicated June 1908. The building was named after Dean Earle J. Babcock on September 3, 1925. In the background are the railroad tracks of the Great Northern Railroad and the train.